Paris Hilton is one of today’s most recognizable figures, known around the world as a businesswoman and entrepreneur. In 2006, she created Paris Hilton Entertainment, a multi-billion-dollar company consisting of 45 branded stores throughout the Middle East and Asia selling handbags and other consumer products. As a DJ, designer, recording artist, host, actress, model and author, Hilton has built a global empire, and continues to expand her brand. Since 2004, Paris has released 27 fragrances, with her perfume collection selling over $2 Billion and remaining one of the top celebrity brands in the market today. In 2011, Variety declared Paris Hilton as a “Billion Dollar Entrepreneur” in recognition of her successful business and global brand.

This year, Hilton was a keynote speaker at the Upfront Summit 2020, and recently spoke about women and entrepreneurship and well-being in the digital era, at the Milken Institute’s Middle East and Africa summit. Hilton can next be seen in the YouTube Original documentary on her life “This Is Paris,” (with a trailer that has already attracted 44 million views worldwide) recently debuted on September 14.


Philanthropy is an important part of Hilton’s life and she regularly makes time for special visits to the Children’s Hospital in LA, as well as various orphanages and hospitals overseas. Over the years, she has been passionately involved with numerous philanthropic organizations, including Starlight Children’s Foundation, American Humane Association, the Nancy Davis Foundation and the Race to Erase MS, and most recently The Sasha Project LA, among others. 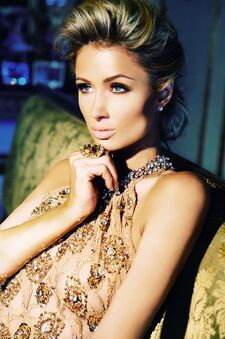