Jerry Dischler is a Vice President and General Manager at Google, and oversees Google’s Advertising products including search, display, shopping, travel and video advertising, as well as analytics.

A 10+ year Ads veteran, Jerry led Google to move beyond plain text ads to deeper experiences, including the development of Ad Sitelinks and Product Listing Ads. Through various leadership roles on the team he’s played an important role in defining the future of advertising at Google including leading the transition from desktop to mobile advertising, accelerating direct response advertising on YouTube, and developing new ad products for SMBs.

Before Google, Jerry served as the Director of Engineering at Avolent where he was instrumental in developing the company’s award-winning billing and payment products. He also worked in engineering and leadership roles at Hyperion, Sana Security, and Accenture, where his work focused on enterprise billing, customer care, and security software.

Jerry earned his bachelor’s degree from the University of Chicago and his MBA from The Wharton School of Business. 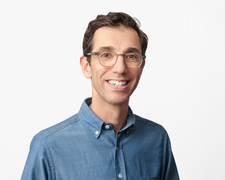