As Global Chief Content Officer, Eric leads content development and production for all Spark Foundry clients. His leadership of the content practice has resulted in rapid growth of the firm’s team by more than 300% in just a few years. His bold vision for content marketing aims to disrupt traditional advertising models by creating new ways for brands to make deeper, more meaningful connections with consumers. His team has created innovative work with brands that include DQ, REI, Starbucks, Red Lobster, and more. Eric’s excellent leadership and pioneering work has resulted in numerous Cannes Lions nods and in May 2017, he was one of 15 industry pros honored in Adweek’s prestigious list of Media All Stars. His team’s work with Starbucks also led to the agency’s third consecutive Adweek Media Plan of the Year in 2017. Prior to joining Spark Foundry, Eric worked with some of the world’s leading brands at Mondelez International, including Oreo, Trident, Ritz, and Wheat Thins. As a direct result of Eric’s impact, the agency was awarded a Gold Cannes Lion in Branded Entertainment in 2012. He also spearheaded work that led to multiple awards, including Media Plan of the Year at the Creative Media Awards and a Project Isaac Award. Previously, as Vice President of Client Development at Grey/ Alliance, Eric created several large-scale experiential ideas for clients such as Purolator, Pringles, Invisalign and Canon. He also served as VP/ General Manager of Terry Hines & Associates in New York, where he oversaw East Coast operations that included promotions, publicity and client relations for a diverse roster including Warner Bros. Pictures, CBS Films, Focus Features, and Lionsgate. Prior to his time in New York, Eric opened the Chicago office for Terry Hines & Associates. Although it initially opened as a branch for Warner Bros. Pictures, under Eric’s leadership, the agency soon grew to include several other major studio clients, including DreamWorks Animation, Paramount Pictures, MGM, and Focus Features. Eric is a graduate of Michigan State University, and is currently based in the agency’s Chicago office. 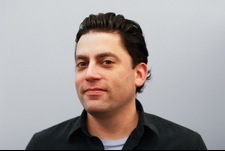