As host and weatherman of NBC’s Today Show, along with Savannah Guthrie and Hoda Kotb, Al Roker has the undivided attention of the nation (over 30 million viewers per week) every weekday morning as America prepares for school and work.

As a media icon with 14 Emmy Awards and countless accolades, Al has literally interviewed and earned the trust and respect of political leaders, media personalities, celebrities, and an enormous viewing audience, including your Aunt Beatrice in Dubuque, Iowa.

Al is also is a bestselling author with 13 books to his credit, including his latest, “You Look So Much Better in Person,” which has garnered rave reviews and press features in the New York Times, Hollywood Reporter, Forbes, Entrepreneur, Inc, Good Housekeeping, NPR and many others. 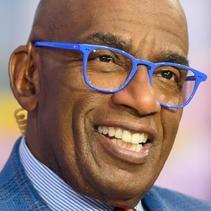