Jane Rosenthal is an Oscar and Emmy nominated producer and CEO and Co-Founder of Tribeca Enterprises, a global media company that encompasses the Tribeca Film Festival and award-winning branded content division Tribeca Studios.

In 2002, following the September 11th attacks, Rosenthal and Robert De Niro established the Tribeca Film Festival to revive lower Manhattan through the healing power of film and storytelling.

When COVID-19 shut down all in-person gatherings in 2020, the 19th Tribeca Film Festival immediately pivoted to continue supporting the industry and its audience online. Under Jane’s leadership, Tribeca produced a 10-day online film festival in collaboration with YouTube and 21 international film festivals. Additionally, Tribeca launched a national Drive-In series in partnership with the NFL, AT&T, Heineken and Walmart.

Most recently, she produced Martin Scorsese’s Academy Award nominated "The Irishman,” as well as the Emmy nominated limited series “When They See Us, 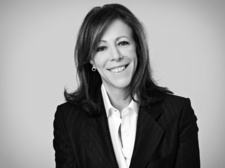