Allen leverages her 25 years of music industry experience to negotiate high-profile partnerships between the world’s leading brands and artists. Allen has brokered and executed multi-faceted programs on behalf of brands including: Sony, Southwest Airlines, YouTube, Microsoft, Verizon, Citi, Samsung, Capital One, Delta, Adidas, Hollister, AT&T and artists including Chance the Rapper, Rolling Stones, Khalid, John Mayer, Lady Antebellum, Billy Joel, Kelsea Ballerini, John Legend, Imagine Dragons, Travis Scott, and Keith Urban. She booked all of the acts for the two day ATLive concerts at Mercedes-Benz Arena, benefitting the Johnnie Mac Soldier’s Fund. She has been nominated as a finalist for Billboard’s “Concert Marketing and Promotion Award” 15 times and has won 8 times. Allen has been named to Billboard’s “Women in Music” list every year since 2010. Allen was also named a "Master of Branding" by Billboard in 2019 and on the "Branding Power Players" list from 2016-2019. 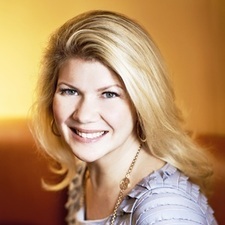